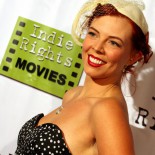 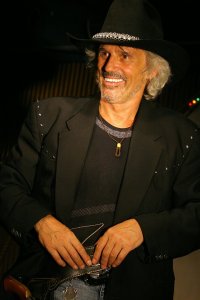 At the Oil Can Harry taping for his CD release.

As promised, we would update you about the life of keyboardist from “Boy’s Don’t Cry,” Brian Chatton.  Brian Chatton is not only a musician, a father of two beautiful daughters, but has embarked on a career in the acting world. For all that said, Brian Chatton is sure an entertainer of all trades. Many music entertainers find that following the acting trail has opened new doors creatively and gives chance to branch creatively.  Brain Chatton certainly is truly excited to embark on this new adventure, but keep in mind, he is not giving up his music talent for sure.

Bourgeois Magazine LA has been following Brian Chatton on his milestone birthday celebration, show appearance at “The Canyon Club, Oil Can Harry’s,”” Salvation Army Charity Event,”” One Hit Wonder” T.V. show, recently worked on a documentary project about his career, and his debut on the upcoming film “Western Religion.”  Even at the age of 65, Brian Chatton has proven he is not giving up on the entertainment world. 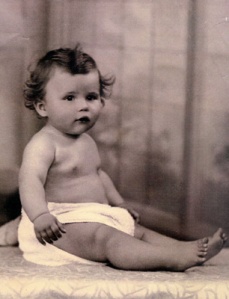 Brian Chatton as a baby.

Brian Chatton was born  July 19, 1948, in Bolton, Lancashire. His given name is Brian Charles Chatton, but is known as Brian Chatton. Brian Chatton was influenced by his parents to learn music. The 65 year old keyboard player, began classical piano training at the early age of 5, which lasted for 9 years until he was subtly corrupted by the sound of The Beatles. This coaxed him to

Brian Chatton was born July 19, 1948, in Bolton, Lancashire. His given name is Brian Charles Chatton, but is known as Brian Chatton. Brian Chatton was influenced by his parents to learn music. The 65 year old keyboard player, began classical piano training at the early age of 5, which lasted for 9 years until he was subtly corrupted by the sound of The Beatles. This coaxed him to forsake the rigors of tradition and also his father’s dream of him becoming a concert pianist, and led him to form his own band “The Three Jets.” He was earning a steady income and also worked as a local milkman by day in Bolton. Brain Chatton later branched out playing British pop/rock, rock & roll, soul, folk-rock, jazz, new wave, and rhythm & blues.  He not only has the experience with the piano, but also (organ, cheeseboard, keyboard, singer, songwriter, and actor). With that being said, his entertainment ability has proven that being a well-rounded entertainer is more fruitful than anything.

Throughout Brian Chatton’s music career, he has played with many well-known band. After performing with “The “Three Jets” for a while, he later joined the music group “The Warriors”(also known as The Electric Warriors). Jon Anderson, leader of “The Warriors”, invited Brian to join the band. Brian Chatton joined “The Warriors” around November 1965, when their original lead guitarist Mike Brereton left. Then, Rod Hill, who was rhythm guitarist, switched to lead, and the band had Brian Chatton play as the keyboardist. In August 1967, Jon Anderson leaves the band. The Warriors carried on in August 1967 as a quartet, but they finally parted ways sometime in 1968. 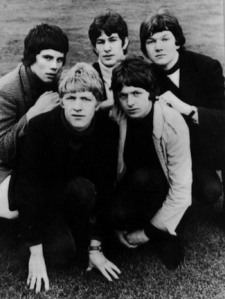 Brain Chatton with The Warriors. 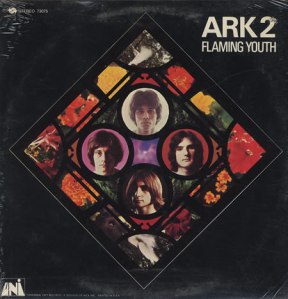 Flaming Youth was a British rock group, who recorded one album in 1968 before breaking up. The band is more known as the original group of Phil Collins, then 18 years old.

The group released an album, Ark2, in 1969. They were managed by Ken Howard / Alan Blaikey team, and were originally formed to serve as backing band for John Walker (from Walker Brothers), but after a brief tour, the group dissolved.  After a while, Flaming Youth augmented the lineup for touring, including sax player Dave Brook. The LP was released on the Fontana Records label to some critical, but no commercial success. There was also a follow-up single recorded, “Man, Woman, and Child”.  In November 1969, the British music magazine, NME, reported that the concept album was the subject of an hour long television special, which the group had filmed in the Netherlands. 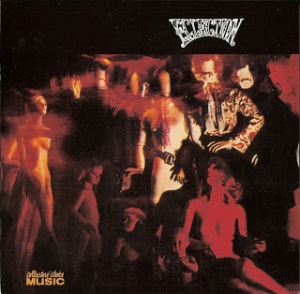 Brian Chatton later left Flaming Youth to join the music group “Eclection.” This is one of the less famous editions of Eclection, now with singer Dorris Henderson, around 1970.  “Eclection” was a British-based folk rock band. They released one album on Elktra Records before singer Kerrilee Male left to be replaced by Dorris Henderson, but the group broke up in 1970. 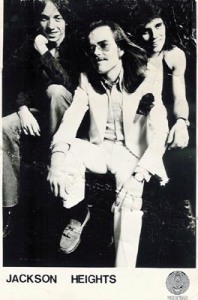 Jackson Heights was an English rock band, led by bassist and vocalist Lee Jackson that ran from 1970 to 1973. Other players included Brian Chatton (born Brian Charles Chatton, 19 July 1948, Bolton, Lancashire), John McBurnie, (both playing keyboards), King Crimson drummers Michael Giles and Ian Wallace.  Jackson Heights was a band formed by Lee Jackson (ex-The Nice). After a first album, the lineup changed, and Brian Chatton joined the band in 1971. They released 5th avenue bus in 1972. It had been followed by Ragamuffin’s fool and Bump and grind in 1973. All the albums featured guest drummer Mike Giles. 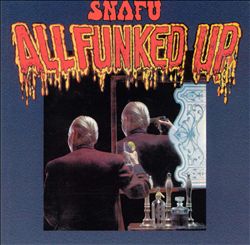 Around 1974, Brian Chatton joined superb band Snafu, replacing Pete Solley (who joined Procol Harum). Snafu was a British rhythm and blues/rock band of the 1970s featuring vocalist Bobby Harrison and the slide guitarist Micky Moody. Snafu are notable for their combining of the British rhythm and blues tradition with U.S inspired elements of funk and country music. Micky Moody’s distinctive guitar playing, often with slide, provided the band with a distinctive hard-edged R&B sound, particularly on such numbers as “Lock and Key” and “Hard To Handle”. Brian Chatton leaves very soon (being replaced by Tim Hinkley). Snafu’s third album, All funked Up, still has contributions by Brian Chatton, with help from Mel Collins (sax) and backing vocals by Liza Strike and Viola Wills.
Band Members 1974:

In 1975, Andy Mackay (from Roxy Music) was asked to compose the music for a TV series, “Rock Follies.” Andy composed the music, but a stable band was formed to play all the music and appear in the series, which brought Brian Chatton on board. An album was released from those performances, called “Rock follies.”” Rock Follies,” and its sequel, Rock Follies of ’77, was a musical drama shown on British television in the 1970s. The storyline, over 12 episodes and two series, followed the ups and downs of a fictional female rock band called the “Little Ladies” as they struggled for recognition and success. Brian Chatton played in the band and had several acting parts on the show. On one episode called “The Divorce (1977)“, Brian Chatton played the character Spiros. On the next episode of “The Band Who Wouldn’t Die (1977)” Brian Chatton played The Group.

Brian Chatton went on performing for many bands through the 70’s. By 1979 , Brian Chatton did a project with “The All Star Rock Band,” where Jon Anderson and Brian Chatton reunited after many years. Sadly, they only played a one-off concert (at ‘Live Music Show’ in London, in July 1979). 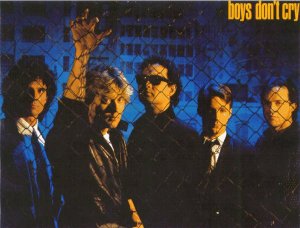 Brian Chatton went forth playing keyboard in bands across the board with Phil Collins, Boys Don’t Cry, Meatloaf, and many more over the years. During 1983 he was brought on board with the music group “Boys Don’t Cry.” Boys Don’t Cry are a British pop/rock band known for the hit single “I Wanna Be a Cowboy”, which peaked at No. 12 on the Hot 100 in 1986 and charted around the world. They were considered a one-hit wonder, though they released an EP, two albums and several singles.

In the 80s he wrote, “I Wanna’ Be A Cowboy, and Sheena Easton’s title/track, “Madness Money and Music.” His recent endeavors have been with “N*SYNC” and “LFO.  UZLOT,” is a project combining the talents of Chatton and Jon Anderson of Yes, release in 2012. Brian Chatton’s recent CD release “I Wanna Be Your Cowboy” came out June 2013. Since Brian Chatton’s  CD release, he has been doing live charity events with “The Legends Of Rock-All-Stars“, live show event with the “Salvation Army,” a live special appearance with “Wrangler Weekend LA,” live show event at “Oil Can Harry’s,””One Hit Wonders” T.V. show, and is in the works on another upcoming live event. 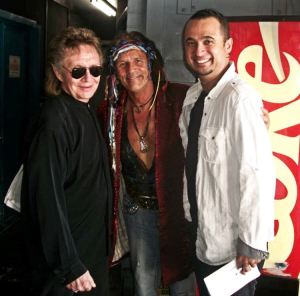 Brian Chatton recently filmed the reality T.V. show “One Hit Wonder,” but is expected to be debut soon. The judges go through exhausting auditions, chose their band members and work in the studio with them, for the past 48 Hours.  The show has music industry legendary icon’s such as Benny Mardones, ( Noted for his 1980s hit ‘ Into The Night) Brian Chatton, ( Boys Don’t Cry, and numerous other bands and projects, ) and Roy Lee, ( The MUSIC PRODUCER, who worked with Juda Priest & Iron Maiden) The show is expected to be released soon, but no definitive date confirmed at the moment.

Brian Chatton’s refreshing spin on life, career, family, and fortune lets you understand who he really is. Brian Chatton’s hard work throughout his career has proven he is not giving up the fight as a entertainer, which is truly inspiring to see. Many entertainers in the music industry usually retire from touring and making music. Not Brian Chatton! His drive and motivation to the highest level of his musical career is truly inspirational.

In the entertainment industry, you continue to create true and magical art with your craft. Never give up, keep revolving to the next level, and do it with fulfillment.  The one true aspect of learning from a talented man such as Brian Chatton, is have fun and keep being yourself with your craft. Brian Chatton holds true with his friendly personality, humor, creative style, and vision to never give quit. “Rock On” Brian Chatton! Thank you for inviting Bourgeois Magazine LA into your world. You are truly a talented person in every way!